On the 20th of June, we celebrated the World Refugee Day, an important day for the visibility of a community too often discriminated and victim of intolerance.

We wanted to take this special day as an opportunity to celebrate our member organisations’ work in link with newcomers. Our french member organisation Association Etage – Club de jeunes recently organised a creative workshop for families of new immigrants. Of course, many of our member organisations act directly with and in favour of newcomers, and this particular action is only one example of what can be done at local level to really make a difference in that matter.

Paint as a mean of expression

The project Peindre notre Histoire (Painting our History) lasted three afternoons during which 9 families were invited to paint and create their own paintings. They were guided in their task by two artists: Inge Panter from Offenburg and Luc Demissy from Strasbourg. 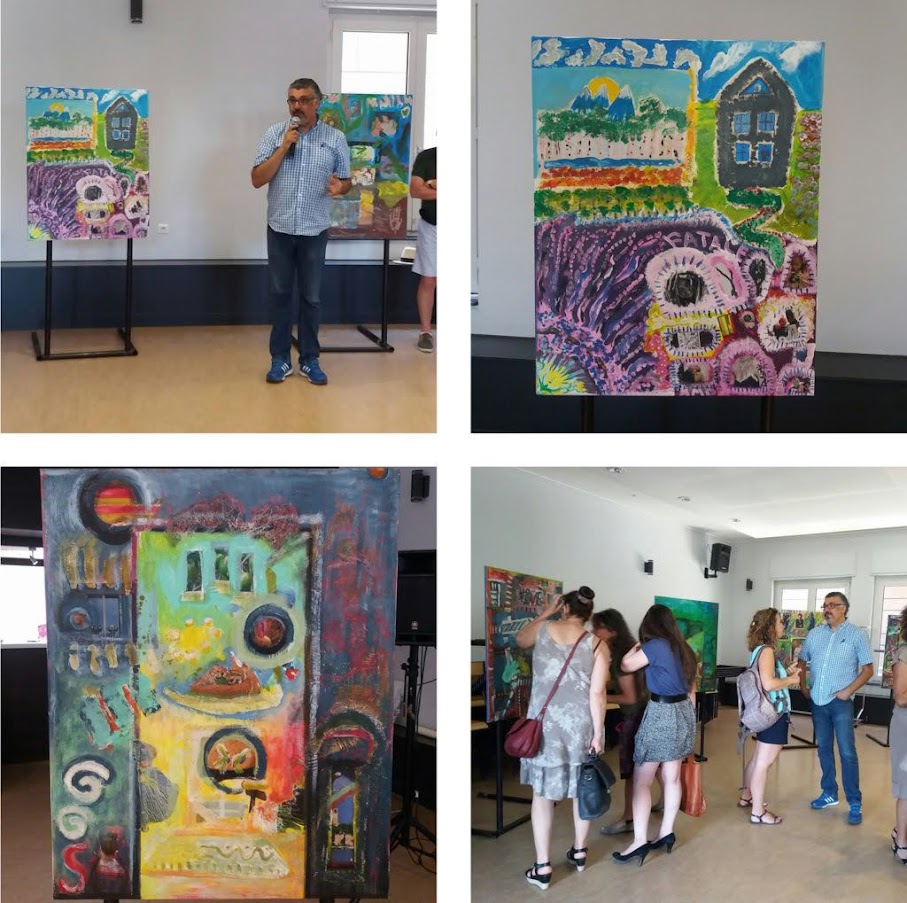 This workshop allowed the children and their parents to tell their story together using art and creativity. The group had also the common objective to create a serie of paintings which would then be presented on an exhibition, an aim which gathered the different families around the same artistic project and allowed them to meet and exchange about their stories, backgrounds, cultures and origins.

The theme of the paintings were not imposed at the beginning, but it became clear that the families were going to tell their stories through pictorial language. During the workshops, a language training was provided to the participants for them to get to know some french words in link with the activity and art in general.

An exhibition and vernissage was organised to show the results of the activity on the 5th of July. Some of the families gathered again around their finished pieces of art and presented their pieces of art to the public.

The project was driven by our member organisation the Association Etage – Club de jeunes and financed by our long time partner the Eurodistrict Strasbourg-Ortenau.